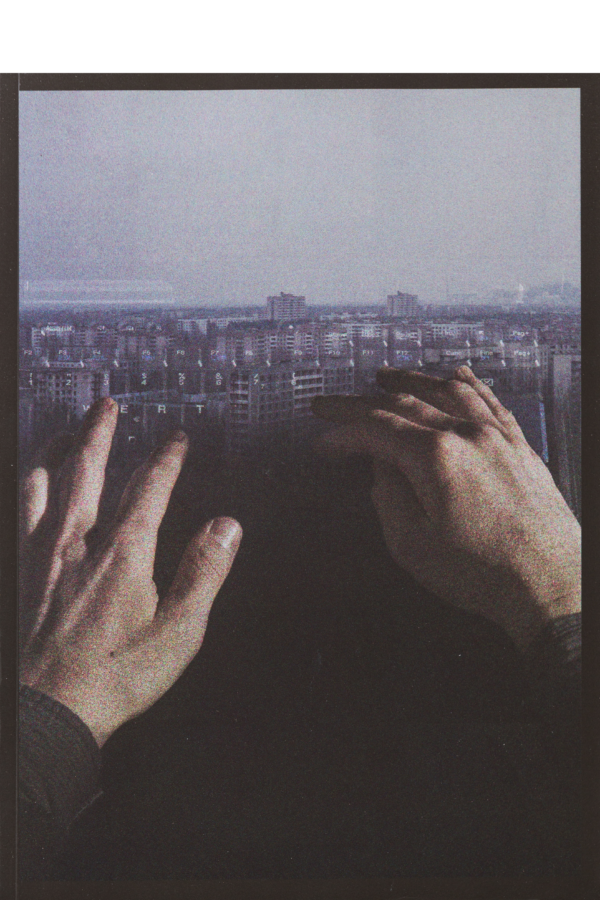 Combining original photos taken by the author during guided tours of Chernobyl with stills from thematically related movies and video games, G. Zinsler’s „The Sentinel Script“ is a mysterious sci-fi tale and a metaphor of the increasingly nebulous boundary between reality and entertainment.

Deliberately referencing classic works of fiction such as „Roadside Picnic“ by the Strugatsky brothers and Tarkovsky’s “Stalker”, as well as inspired by J. G. Ballard’s novel „The Crystal World“, „The Sentinel Script“ plunges the reader into a multilayered narrative wormhole: while the images describe the activity of the visitors inside the elusive Zone, texts emerge like disruptive transmissions from another dimension, interfering with the visual sequence and its reading.

“The Sentinel Script” is both a dystopian journey and a sarcastic reflection on the desensitization of our society.

The Sentinel Script has received a special jury mention by The Anamorphosis Prize.

Read herewhat jury member Anouk Kruithof has to say about the book.

Read about The Sentinel Script on Urbanauticaand American Suburb X.