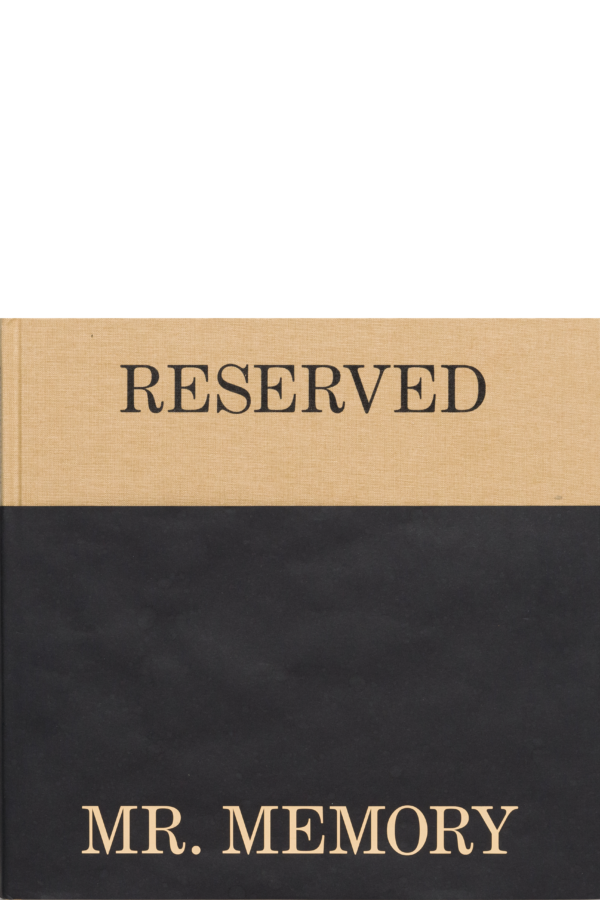 „These photos were made in the South over a period of 50 years, the oldest of them when I was barely a teenager, the most recent, less than two years ago. Half were taken in northeast Mississippi, many of those on or near a farm in Chickasaw County. The rest were taken in other states where I lived or traveled.“ Text from the book

An American permanently residing in Vilnius looks back on his homeland (the American South). Book presentation of the photo album “Reserved Mr. Memory.”

Patrick Murphy, born in Tennessee, has lived in Vilnius since 2012. A lifelong photographer, he has dug into his archives and selected some photos taken in the American South over a period of almost 50 years. He will present his photo book “Reserved Mr. Memory” on May 15 at 18:00 in the Renginiu Erdve.  A few of these photos were shown at Patrick’s exhibition in the Arka Gallery in Dec. 2016/Jan. 2017. Patrick will project images from the book, tell why he would rather live in Vilnius than in the U.S., and explain some of the things he thinks Lithuania and the American South have in common. The language of the presentation will be English, but non-English speakers can appreciate the photos.

Patrick observes: “You might think two places couldn’t be much more different–different continents, different languages, different climates. But both places—Lithuania and the American South–were traditionally very reliant on agriculture, and rural areas in both places have experienced an exodus of much of their population to the cities. There are a lot of religious symbols visible in both places.  In Old Town, you can’t turn a corner without seeing a church spire or cathedral dome or a cross. Inside, there may be a fresco or an icon–but you won’t see the image of a blonde, blue-eyed Jesus that hangs on walls in lots of churches in the American South.  With the waning of family agriculture, folks in both the American Midsouth and this part of northern Europe have turned to other things, among them transshipment of goods—the Federal Express company was founded in Memphis, Tennessee; and there are lots of logistics companies here.

And in both places, there have been some pretty fierce disputes about whether to leave up monuments and statues placed decades ago (in the South, Confederate monuments; in eastern Europe, Soviet ones); controversies about the cruel or genocidal treatment meted out to minorities or subjugated populations in earlier times (in the South, slaves, “second-class” black citizens, victims of lynchings; here, victims of the Holocaust or of Soviet occupation); and both places occupy the lands of now-vanished tribes or populations: there, Mound Builders, Chickasaws, Choctaws; here, Old Prussians, Semigallians, Curonians.”

Patrick will answer questions. The discussion will be facilitated by American-Lithuanian poet, translator and assistant professor at Vilnius University Rimas Uzgiris.