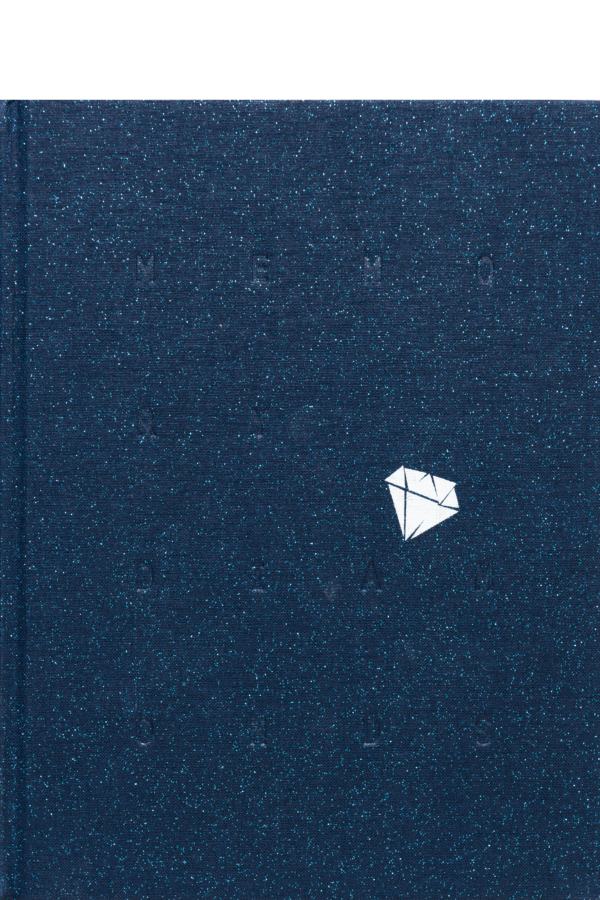 128 pages
17,5 x 22 cm
66 photographs, with a selection of 14 handpasted photographs by the artist.
Hardboard cover with special glittering „Magic Linen“

5 stories of people that are left behind with a diamond representing their beloved.

“In many ways, a photograph and a diamond are closer than one may think. This relationship, this complicity of commemoration, is what makes the images in this book so moving, so alarming, so touching. This book accompanies this metamorphosis of commemoration. We see photos from the past, we see memories that have become diamonds, and we see the relationships of the bereaved to this crystalline form of commemoration.

What is this book about? Death? The sad lot of the bereaved? Accurate memories? Inaccurate memories, perhaps? Things of sentimental value becoming things of ma- terial value? Or simply just a technical process? In any case, it’s about photographs – in two respects. Photography as an imprint of reality, a eeting moment, a passing that is captured in time, a moment that is granted a touch of eternity. The same also applies to the memory dia-monds that are depicted in the photographs in this book: they are an imprint of reality, a record of what would otherwise be only a eeting moment.

Each photo is also a witness to history at the same time, or at least the copy of such a witness, because the light which at one time illuminated the negative is actually the same light that fell on the subject at the time. It’s the light that origi- nates from an emperor, from a president, from a grandmother, from someone who was once loved. This light lives on in the negative, in that respect, it is captured – chemically xed and apprehended. This is an exciting, almost metaphysical idea: In the end, it seems in this way – almost as if by magic – like a fragment of that time that has been salvaged in the present. As if the former reality was in fact still alive, as if it were secretly resting in the photos. But even if that were so, it would of course only be about the chemical side of the story, the required interaction of matter and light, and not about the living reality, not about those feelings that we connect with memories and imprints of memories.

Let’s take, for example, the portrait of a loved one. Do we love this image because it represents this person 100 percent accurately or is it perhaps not so much about image delity or technical perfection? It is not in vain that we look for some photo Wto put in our wallet, or that our favorite pictures are a bit blurry? Exposure to light fades the image, it doesn’t take long for it to get wrinkled, or for a coffee cup stain to cover a forehead. These traces, these blemishes, give a photograph more humanity, give it life, as well as allow it to age. First a mere image, a memory aid, a snapshot, the picture gradually becomes an object with a life of its own, a companion. The photo itself becomes one-of-a-kind, a reminder.” Kurt Riha